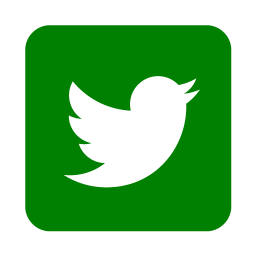 The rumors are numerous regarding the amendment made by Twitter this week regarding their terms of use. Basically, Twitter moves all data of Non-US accounts to Ireland.

Originally, it was Twitter USA, based in San Francisco, CA who controlled all the data and accounts. A new division in Ireland now has all of the world accounts except those in the United States.

Circumvention of US laws

Moving data in Ireland, bypasses the current Laws in force in the United States, as much as to prevent future laws that may apply. It also repels most intelligence agencies to be able to ask to check those informations with a warrant.

Is there a desire to circumvent the laws and get away from the Federal Intelligence Agency (NSA)? It is interesting to ask the question, especially when you know that Facebook has also made this kind of data movement, also in Ireland.

Most likely, we think that doing a change in this way, it is more a commercial advantage and a desire to have more money on data management and operations. Ireland does not have the same laws as the United States. The laws are more laxist in terms of rights to confidentiality and privacy.

This leaves room for a benefit of using data for user-targeted advertising, expoiting the personal information of each users. There is much more global users of Twitter users than Americans users. Easy to see the benefits of such a change.

We should be concerned by how our personal informations are used on social networks such as Twitter and Facebook. The constant search for profits and the pole position on the advertising market will establish whether intentionally or not personal data breaches for sure.

The search for more flexible laws involves an element of risk that criminals also have more latitude to operate in these permissive legal contexts. As Canadians, we are in the same boat as the rest of the world, our data is sent in Ireland.

First, they decentralize your personal informations in order to use it in a less restricted legal context. The stated goal: Make targeted advertising on a vast scale by charging advertisers.

On the other hand, advertisers pay to put forward their brand to targeted users (gender, age, location etc.). But Twitter mentions loudly that we can use “aliases” in order to have control over our personal information.

By allowing pseudonyms, the target audience is biased. When Rolland 54, teacher with a living 90K per year will select a username and create a Twitter account, I doubt that he will only changes its name …

Rolland will change his age group, his city, his country, who knows ?! Where is the targeted advertising?

Twitter assured people that their personal information is safe while doing a lot of profit on advertisers who do not have the quality of the target data they should expect if they were in a regulated country like United States.

Finally for those who believe that Twitter is trying to get rid of the NSA, note that in any data movement, there is possibility of intercepting it. Finally, for those who believe to be free to do whatever they want by having their account hosted in Ireland under pseudonyms, do not believe that it will give you the right to harass, manipulate, terrorize. You will be observed and tracked as needed.

Intelligence agencies have a lot of ressources. Right or wrong, these ressources are set in motion to protect the population. In those “transactions” like Twitter has done, we hope it do not give too much space to the enemy in certain situations where you need accurate information by the police departments.

When discussing on social networks and broadcasting your personal information or your activities, residence etc, be very careful. The internet gives an occasion to dehumanize the interaction, giving way to other kinds of predators that may be just as dangerous as all others!